It's easy to exercise many of our BCs since they love to play with, of course, tennis balls! 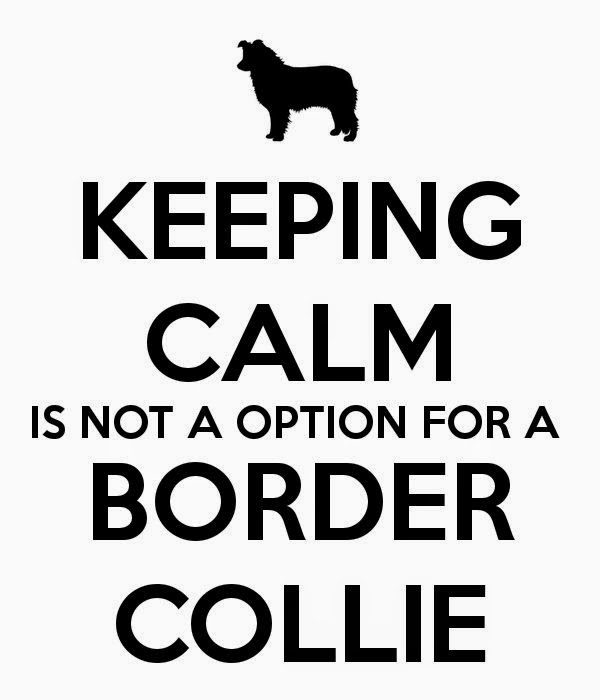 GHF border collies have lots of energy to burn, as typically they come from situations where their needs aren't being properly met. Many of them have been chained, crated, or kept in small areas for long hours (or all the time!) so they have lots of built up anxiety and frustration. So it's up to the staff to figure out diverse ways to combat their seemingly endless energy and give them a healthy physical outlet! Whether it's hurling tennis balls as far as they can go (for dogs like Jaz) or for short tosses (dogs like Corky) GHF is all about those little yellow orbs!

We adjust the 'work-out' routine to fit each of the dog's physical capabilities. Like mentioned before, dogs like Jaz, seen below here... 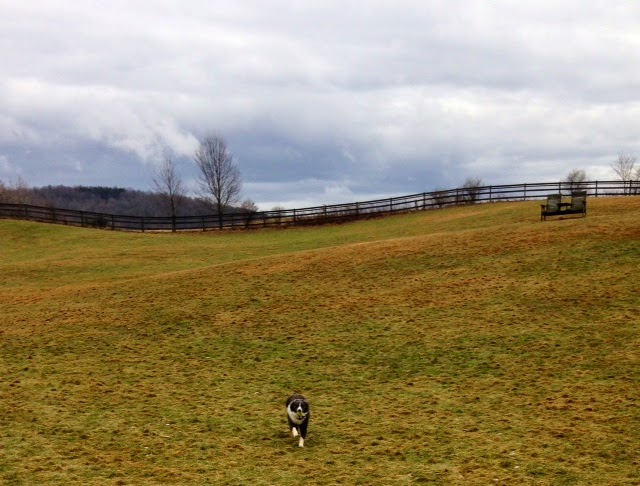 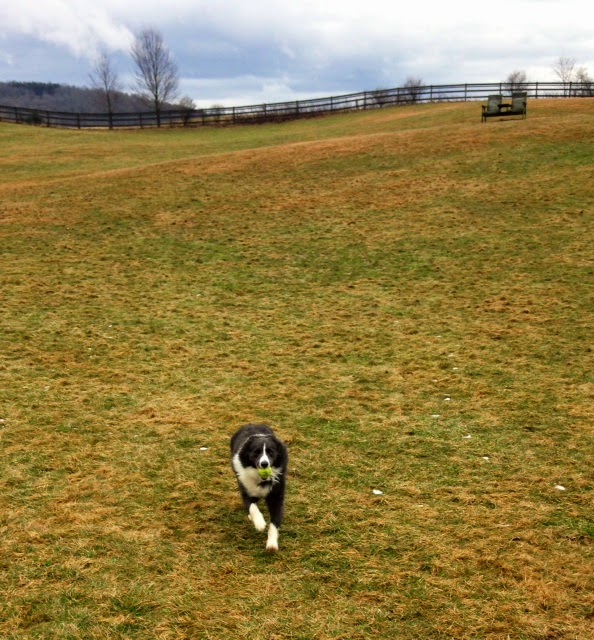 is able to run for long distances, and gets lots of pent-up energy if she doesn't get a chance to play regularly! Tired dogs are happy dogs so we try to make sure they get the physical outlet and stimulation that they need, accompanied with periods of rest, in order to produce a well-rounded, happy dog! 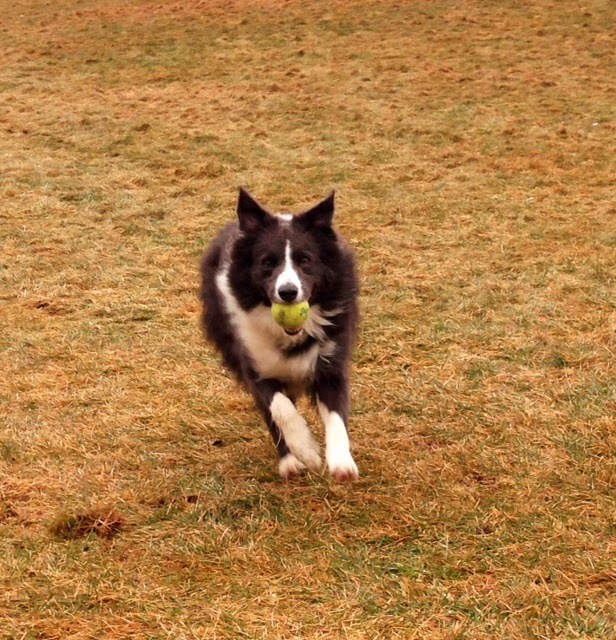 Jaz told me to delete this one ;) 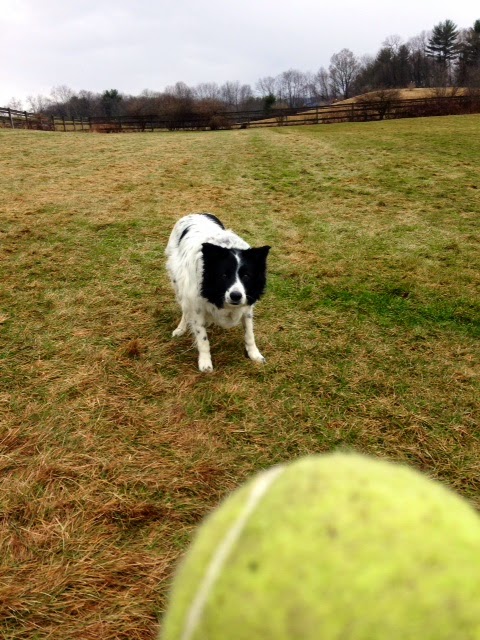 Corky is older than Jaz and is currently on a weight-loss program... so we give her short tosses a few times--a shorter session in general--since her extra-weight makes it more difficult to move as nimbly as Jaz. We want to make sure we're not putting any additional stress on Corky's joints or hips and we want to adjust the ball-time for her age and tolerance level! But she's clearly ready to go!!!

Believe it or not, these were taken recently (it was during the winter-warm spell) but it is generally harder to exercise the dogs in the winter. Jolly-balls tend to work well, since they're essentially 'weather-proof' and won't get lost in the snow.

Ice build up and heavy, thick snow cut play-time short much of the time. This means more inside play (usually involving mind-games in the form of treat puzzles) and just spending time giving attention to the dogs... where it's warm and cozy!

Vacation with your dog at GHF! 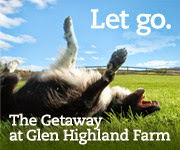